The sight of a wasp may bring back memories of the burning pain of a sting, causing even the toughest among us to run for cover. These flying insects are known for their aggressiveness, but not all of these insects are born ready to sting. From the location of the nest to the insect’s coloring, each species has its own unique characteristics that you can use to identify it.

The first step to identify a flying insect is to note its color and size. Bees are typically small, fuzzy, and have yellow and black markings. Honey, sweat, and bumble bees are examples of the most common species that share these characteristics. Additionally, bees have barbed stingers that rip away from the body after a sting. Wasps and hornets have smooth stingers that stay attached to the body after a sting, resulting in the ability to sting humans or animals multiple times.

The European hornet is a larger-than-average member of the wasp family that has yellow and black markings on its body. This extra-large insect is active at night and may enter the home during the evening hours in search of light. While this hornet has bee-like coloring, it is much larger than most bees and lacks the bee’s characteristic fuzz.

You can also examine the shape of the insect to help decide the species. Wasps have a slim, fuzz-free body and a clearly defined “neck”, or a space between the head and abdomen that you can easily see, and the abdomen is tapered or pointed at both ends and widest in the center. When compared to wasps, bees are wider, rounder and do not have a clearly defined space between the head and body.

The wasp nest also provides clues about which type of species is present. A grey, papery nest that looks like a football, or an open nest with visible combs, belongs to wasps or hornets. Some wasps, such as yellow jackets, build their nests underground. Bees prefer to build their nests inside hollow spaces like wall cavities and rarely, or never, live underground. Unlike wasps, bees do not usually live in exposed nests. 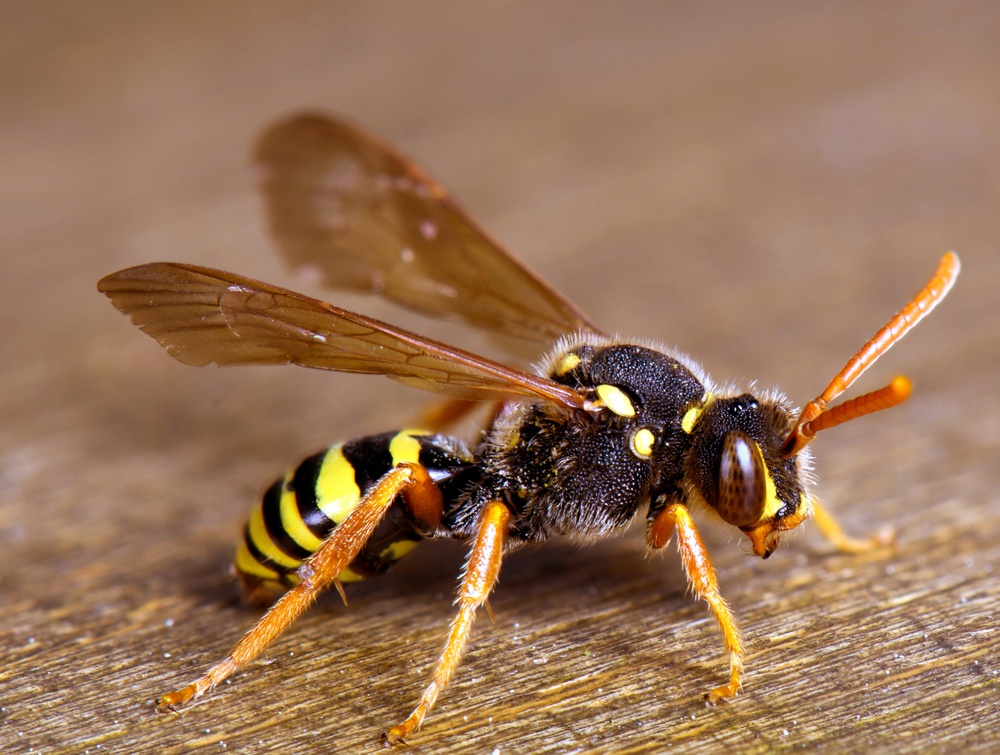 What Types of Wasps are In Central Indiana?

European hornets, paper wasps, yellow jackets and baldfaced hornets are found in central Indiana. The baldfaced hornet has black and white coloring and can produce large colonies that house up to 1,000 females and workers. Yellow jackets typically live in underground nests. The nests are usually located in forested areas or near a water source, such as a stream or river, but can be found anywhere there is an abandoned animal burrow.

Paper wasps are yellow and black and are usually not as aggressive as other species. This species lives in relatively small colonies and has a hive with visible combs. The hive usually hangs from trees or eaves, but can also be found in wall cavities. The adult eats nectar and pollen, while larvae eat insects. Because this species helps pollinate gardens, they are very beneficial when located away from human activities.

European hornets are one of the largest species in North America. This insect lives in an elevated hive that has a distinctive football shape. The nest can become quite large, which poses a significant risk to humans and pets. This insect is particularly problematic when found inside wall cavities, as it aggressively defends its best when threatened. Prompt removal by a professional in pest control is recommended. 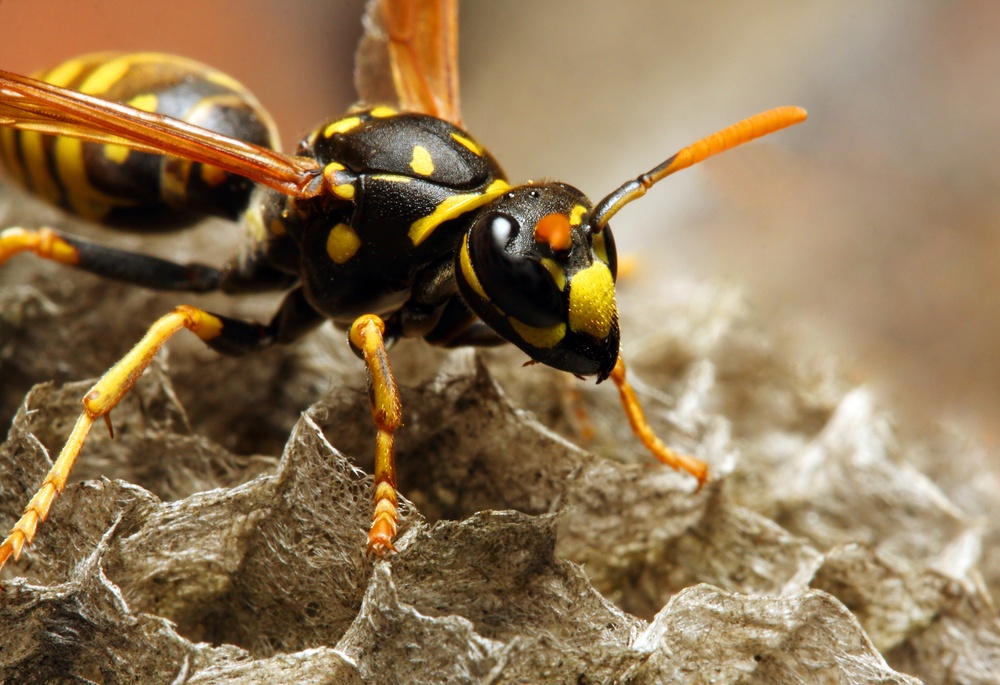 What are The Health Risks of Wasps to Your Family and Pets?

Most wasps are aggressive and defend their hive and colony by stinging any human or animal that threatens the hive. Multiple stings can occur simply by walking too close to the hive. This is particularly dangerous when yellow jackets, one of the most aggressive species, have an underground nest on the property. Underground nests are often very difficult to see, making it easy to walk over the nest unintentionally.

Nests that are located near the home, or in areas where pets or children play, should be removed immediately to prevent the risk of stings. This is especially important if you have European hornets on the property because the insect’s larger size allows it to produce more venom than other species, resulting in stings that can produce serious side effects. An allergic reaction can occur after being stung, even if you have been stung before without having a reaction.

An allergic reaction causes symptoms like difficulty breathing and can be potentially life-threatening without emergency medical care. Both pets and humans can be allergic to stings. Professional wasp control is recommended to remove the pests because their aggressive behavior can pose a serious risk to humans, especially when the colony is agitated or on alert.

What Kind of Damage Can Wasps Do To Your Property and Home?

Most species live outdoors and do not cause significant damage to your home or property. Hives are usually abandoned after a year and can be removed by a wasp control professional after the colony is eradicated.

Yellow jackets typically use abandoned animal burrows rather than digging a new hole for their nest. The main cause of damage occurs when the insects make their nest inside wall cavities. The nest can quickly grow inside the wall, which may disturb insulation in the affected area. Removing the wasp nest is dangerous, even if you wait until after dark to treat the nest. Professional pest control services are recommended when treating the infestation.