The beetle often gets a bad reputation as a dirty and an indestructible bug. However, there are more than 350,000 different species of this creature, and many are just as helpful as they are difficult to kill. For example, the dung beetle eats unnecessary waste from garbage and animals’ fecal matter that would otherwise just sit and fester. Couldn’t we all use a dung beetle or two to clean up after a big house party?

Likewise, ladybugs, which are technically in the beetle family, are considered good luck in many cultures. Fireflies and Lightning bugs are also in this insect group, and they’re a lot of fun for kids to chase and to catch in the summer.

Of course, you don’t want to have your house infested with insects, even if they have some redeeming qualities. It’s helpful for you to know about these bugs when you spot them in your home and around your property so that you know how to handle these potentially annoying insects.

5 Facts About the Beetle

To better understand this bug, you need to know a little more about it. Consider these interesting facts about the beetle:

What Types of Beetles are in Central Indiana?

With more than 350,000 different species, it’s little wonder that there are a great many members of the beetle family that live throughout the state. These include:

What are the Health Risks of a Beetle to Your Family and Pets? 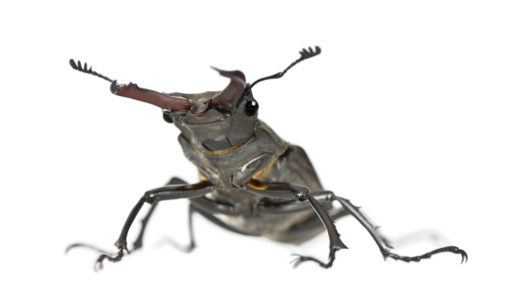 Most beetle species are unable to physically hurt you, and most wouldn’t bother to touch a human in the first place. However, with those mandibles, it’s entirely possible that a beetle might bite you, and it might hurt. Locally, the only type of beetle likely to bite you would be a stag beetle. Even if a stag beetle bit you, you wouldn’t be seriously harmed because the bugs are pretty small, and they’re not ganging up on you to bite you dozens of times.

The beetle seldom causes physical harm to humans unless you have an allergic reaction to the bugs. The same is basically true for your pets. Most pets, even if they live outdoors, won’t be bothered by a beetle that is more interested in plant life than in animal life.

However, there has been a case or two of a dog getting an Asian lady beetle colony in its mouth that created a beetle-induced chemical burn. Keep in mind that this is a very rare occurrence and that most pets will be safe from beetle attack.

What Kind of Damage Can a Beetle Do to Your Property and Home?

If you find a beetle in your home, it’s most likely living someplace that looks like its natural habitat. This means that you should check your floral arrangements and your food sources first, as these are places that will have sustenance for a beetle to survive. The next most common location is in your rugs, clothing, upholstered furniture and carpeting although many of these fabrics have become more synthetic, and therefore less interesting, to the beetle. Look in crevices and cracks around your baseboards, in your kitchen pantry and in your attic or basement, all places that the beetle likes because you aren’t there constantly.

If it’s living in one of these places, the beetle will start eating away, gorging itself on your pantry foods or the backs of your rugs. For example, the carpet beetle picks at your upholstery while the long-horned beetle damages the wooden structure of your home. This will eventually cause destruction or the loss of these items as the beetle slowly destroys them. Although outdoor beetle species are beneficial to nature, feeding on weeds and annoying insects, some can kill important trees, crops and other plant life, such as the emerald ash borer. 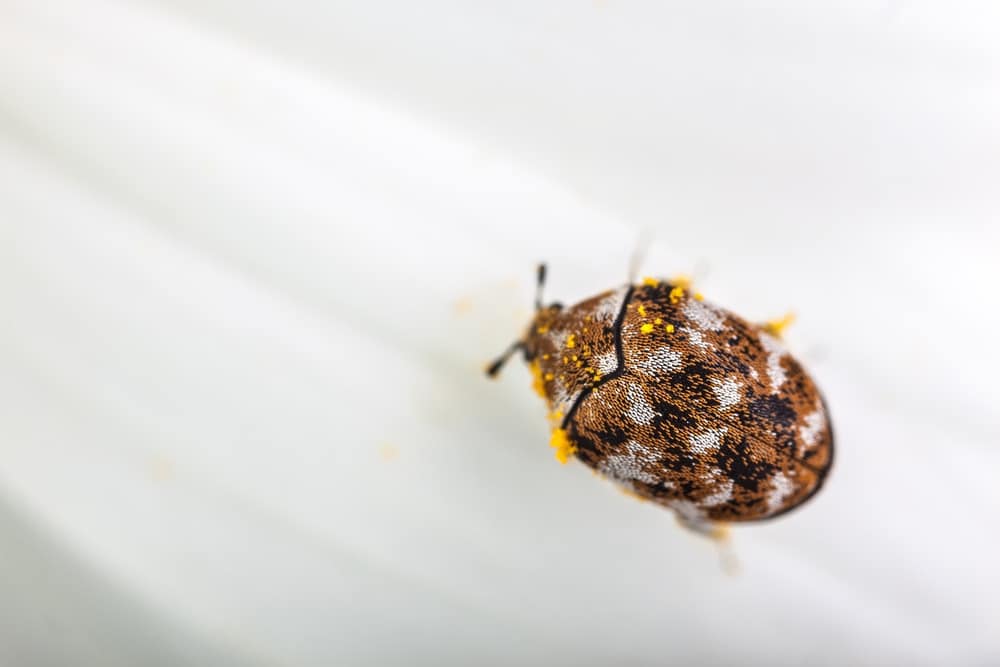 Without beetle treatment, these problems will continue to affect your home and your property. You can rest assured that most beetle species are harmless, but it never hurts to be too careful. Find out more about the beetle population, and contact us today to help you identify and to provide beetle treatment for your property.