That pesky moving line of insects raiding your pantry is one of the world’s strongest, most industrious pests. These social insects are found throughout the world in a huge variety of sizes and colors. While this pest is small, it can become a real nuisance when it invades your pantry or makes mounds of loose soil on your lawn. Luckily, an ant problem is easy to solve when you identify the species and choose the right control methods.

Ants have colonized almost every landmass on planet earth. The only place ants don’t seem to like is Antarctica. Colonies of ants can thrive in virtually any environment due to their ability to work together. They have the social skills to adapt, change habits, find resources, and defend their colonies. Ants can be yellow, red, brown, black, or even a combination of these colors.


They are cult-like, with members being so united towards their common goal that they behave as a single organism, a superorganism. This is why you need the help of a professional like Freedom Pest Control. Do not allow their years of team building and cult brainwashing defeat you. We have the weapons to overcome any ant colony. 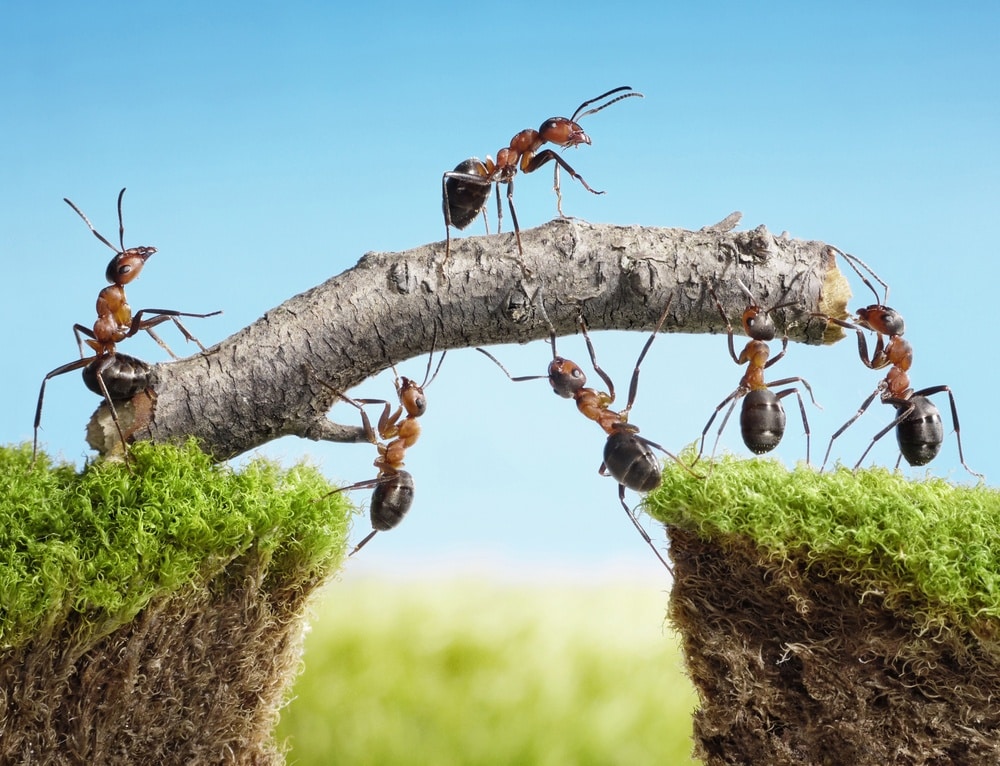 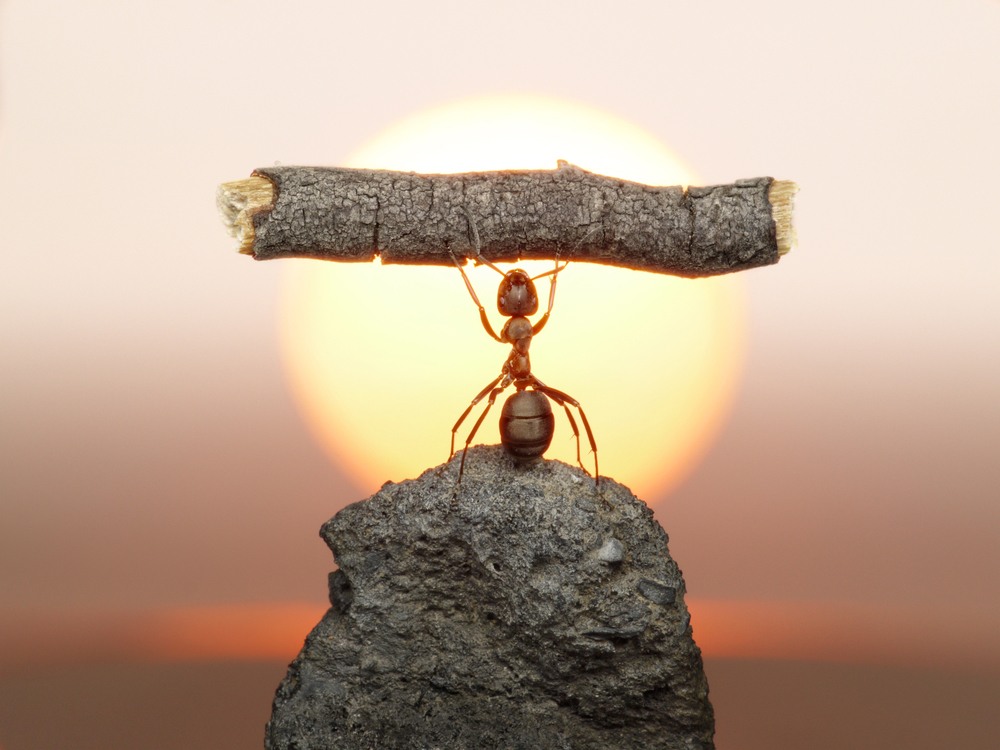 Ants all share a family first mentality. Each colony is very close, usually including a queen (mother), the queen’s adult daughters (the workers), and males.

What Types of Ant are In Central Indiana?

With over 700 species living in the United States, identifying the species in your kitchen can be a challenge. The known species living in Indiana include the carpenter, thief, odorous, and pavement species. Most of the time, the insects are found near a source of food or water. Some species live in mounds of loose soil that are easily noticeable if you take a walk around the property. Other species prefer to live in rotted or damaged wood. The carpenter ant, for instance, burrows into exposed wood to make its nest.

Some species live along the edges of pavement, such as sidewalks and patios. This species also builds nests indoors, using inside wall voids or in attics, and uses plumbing lines as an easy way to navigate into and through the home. The larger size and black color are identifying characteristics of the pavement species.

The non-native red ant has also been spotted in the state. While still relatively uncommon, this species is currently expanding northward in response to warming temperatures across the globe. Walking through the insect’s trail, or walking over the mound, can result in multiple stings. This species is most commonly found outdoors but does enter the home if food or water is readily available.

Here are a few of the most common ants in Indiana: 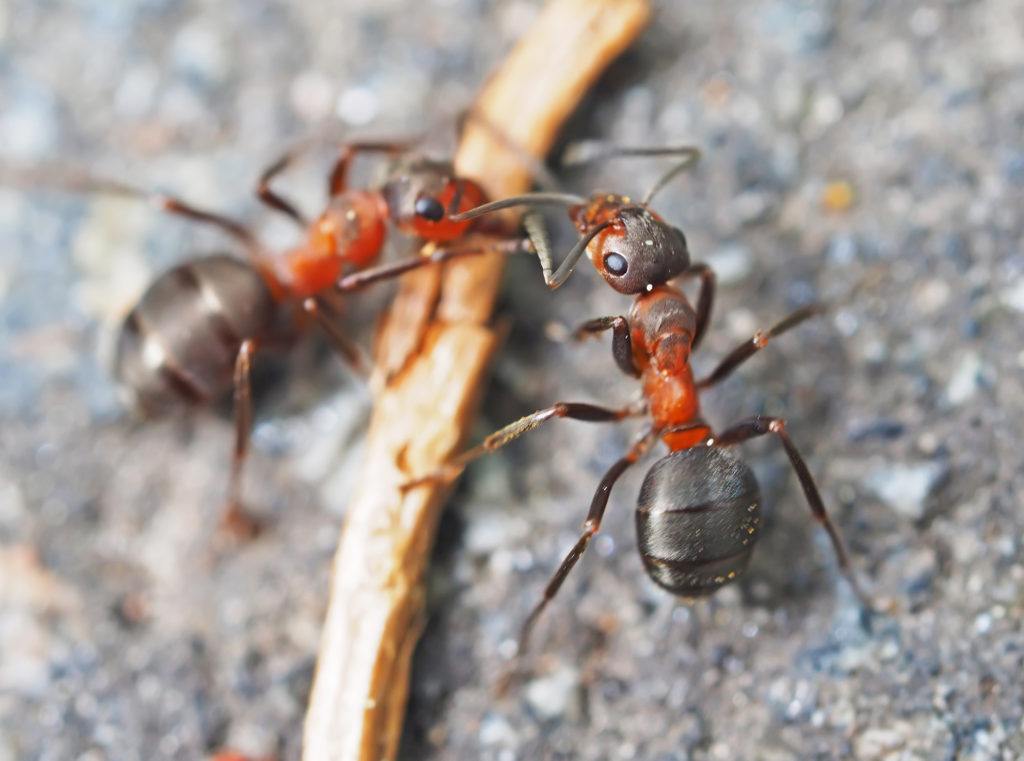 What Are the Health Risks of Ants to Your Family and Pets?

Most species do not pose a health risk to humans or pets, but there are a couple of exceptions to this rule. The red ant, for instance, stings people and animals that pose a threat. The painful sting of the red ant usually doesn’t cause lasting symptoms in adults, but pets or children may have more intense reactions to the sting.

Additionally, multiple stings can occur when a person or pet unintentionally walks on or near the mound. Multiple stings can be dangerous, especially for small children and pets. Seek emergency medical help if the stings cause an allergic reaction, or if a human or pet begins to have unusual symptoms after being stung.

Other species are relatively harmless to humans and pets but may invade pantries in search of food. Odor-producing species can leave a distinctive scent on any food or surface that it touches. This scent is usually offensive and can permeate food packaging.

Keeping food in a lidded, airtight container is usually the best method of reducing food waste until the infestation is well-controlled. You can also keep food in the refrigerator or freezer until the insects are controlled.

What Kind of Damage Can Ants Do To Your Property and Home?

Outdoors, mounds of loose soil are an indication of established colonies. The nest and its satellites typically don’t cause significant damage to the property, but mounds are often unsightly and can disturb grass growth in the affected areas. Indoor damage is also uncommon unless the colony is very large. Usually, species that live in wood choose wood that is already rotted or damaged. While the insects do tunnel into rotted wood, they usually cause little damage to surrounding areas.

As part of your ant control methods, you should replace rotted wood and seal any exposed wood with an approved sealant. Replacing the damaged wood reduces the risk of future infestations and improves the structural integrity of the home. You can also seal your home to prevent the pests from entering.

A professional pest treatment company can assist you in finding and sealing any openings that allow the insects into your home. Outdoor treatment is also important. Professional pest control companies can identify both central colonies and satellites, or branches that extend beyond the main colony on the property. With treatment, colonies are often eliminated very quickly.